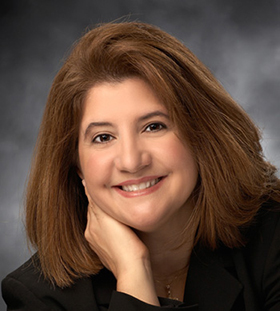 Our Pediatric Office is a friendly, patient-oriented environment to foster your children's healthy development. We promote health and happiness by treating the individual as a whole, emphasizing nutrition, prevention, and health education. Dr. Lilia Coppa has many years of qualified experience treating babies, toddlers, children and adolescents. As a mother herself, she relates first hand with parent issues both for stay at home as well as working parents.

Communication is essential to the heart of our practice. We speak Spanish to better serve our Latino patients. We appreciate that you put your trust in us for the medical needs of your children.

Dr. Lilia Fernandez Coppa has been a Board Certified Pediatrician since 1995, establishing a private office to provide more personalized care to her patients.

She received her medical degree from Stanford School of Medicine and continues to garner awards for her exemplary care. She and her dedicated staff continue to provide healthcare with kindness and compassion for your children from infancy through adolescence. Their greatest compliment is your referral of family and friends. 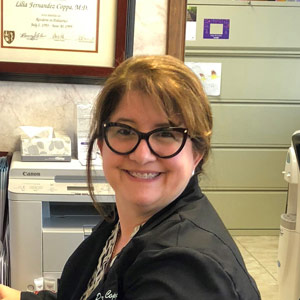 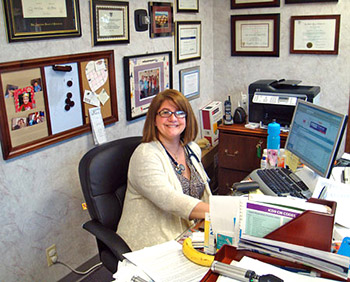 Dr. Coppa was born in Puerto Rico, her heritage is Cuban and Spanish. She lived in Spain until the age of 15, then moved to Miami, Florida where she obtained a double Bachelor´s degree in Biology and Chemistry with Honors at Florida International University.

She moved to California in 1987 to attend Stanford School of Medicine to obtain her medical degree and did her Pediatric Residency training at Lucile Packard Children Hospital at Stanford. She became a Fellow of the American Academy of Pediatrics in 1992. Her awards include Compassionate Doctor Recognition, 2011, 2010, 2009, AMA Physician's Recognition Award, 2004 and 2003, and Physician Achievement Award 2001.

She is the mother of two rambunctious teen boys who are the love of her life besides medicine. She plays piano and guitar and loves to cook (and eat!). Her favorite exercise is salsa dancing. 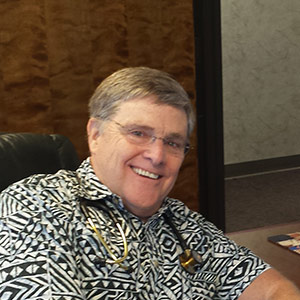 Dr. Ryan works in our office part-time, and what a wonderful addition to our team he has been!
He was part of the former BuenaVentura Medical Group for many years with a very successful practice, wanting now to slow down a bit. 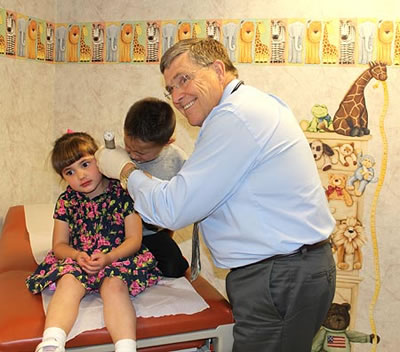 Dr. Ryan was a Naval Flight Officer in the Marine Corps, and an Air Force Pediatrician/Flight Surgeon in his younger years. His entire family has military connections including his wife and three grown children. Dr. Ryan is originally from New Orleans. 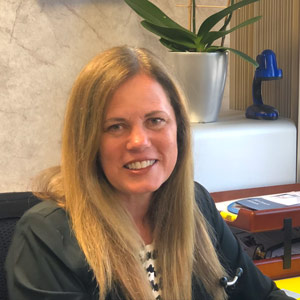 Dr. Wendy Warwar is a new member of our office staff. She is recently returning to practice to work part-time as a pediatrician and pursue her passion to provide medical care to children. She had been a member of the medical community for 14 years prior to taking time off to raise her two boys and enjoy being a mom. She had previously worked with Coastal Pediatric Medical Group and then joined Buenaventura Medical Group for a job share opportunity. Her expertise includes treatment of infants, children and adolescents through the teen years.

She was born in Seattle Washington and was raised in a family of medical professionals. She attended Pomona College earning a Bachelor’s degree in Biology with Honors. She attended Tulane Medical School and obtained the combined Medical Degree/Masters of Public Health, and then moved to Dallas for three years to complete her Pediatric residency. She became a Fellow of the American Academy of Pediatrics in 1993. 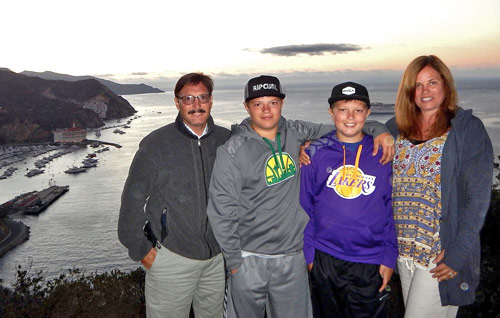 Dr. Warwar has lived in Ventura County for the past 26 years with her husband, Robert Warwar MD and has two teenage boys. She met her husband in medical school in New Orleans and then moved to Ventura in order for her husband to join his father as a Family Practitioner. She has enjoyed being an active member in the community through her sons’ schools and youth camps. She enjoys time spent with her family – spending time outdoors camping, boating or walking on the beach.

Hola!  My name is Olga, mother of 3 active young children.  I chose to become a medical assistant because, as a young mother, I wanted to learn more about how to care for my own children.  For the past 8 years I have enjoyed working in a pediatric office, so when my previous doctor retired, I was very happy to join Dr. Coppa's office.

It is a pleasure to join the dynamic and loving team at Dr. Coppa's office and I look forward to meeting all of you. 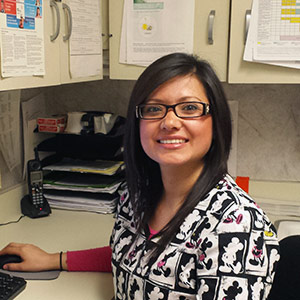 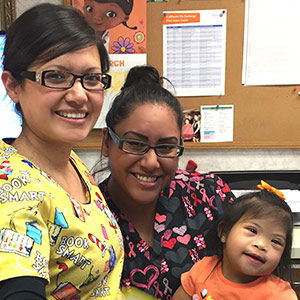 Elisa is an Oxnard native, Mexican American, with a love for the community. She obtained her Medical Assistant degree locally, which she pursued from her vocation to best help children and their families.

She is the mother of two young boys who are so crazy about trains, they chose the nicknames of Thomas and Percy after the TV characters. Elisa's talents and caring personality are a huge asset to our practice. 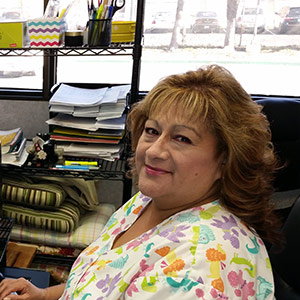 Lifelong Ventura county resident, and mother of two boys and grandmother of a boy and a girl, I joined Dr. Coppa's amazing team in March of 2014. As a Certified Pediatric Medical Assistant for 23 years, I have a passion for serving the healthcare needs of children and their families.

My position will be overseeing office protocols and billing as well as back up for front and back office. I particularly enjoy the family feel this office offers and look forward to coming to work everyday.

Hi! My name is Janet. I was born and raised in Ventura County, married a wonderful man, and love the medical field. I trained at Charter College and obtained both a Medical Assistant Certificate and an Associates degree in Medical Administration. After 7 years of experience in medical offices, I am very happy to have joined Dr. Coppa's care team in the front office.

Even though my biggest passion is in healthcare, my hobbies include blogging as a beauty influencer and singing. My husband and I do not have children yet, but it is an honor to be in an office that cares for children. I am looking forward to meeting all of you!

Chasity is originally from the island of Guam, came to the US with her husband to pursue their education. Chasity is a mother of three, two boys and more recently a baby girl. Being a mother has been one of the best experiences of her life in addition to becoming a Medical Assistant. 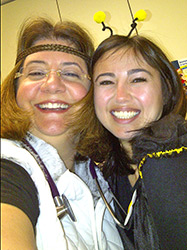 Her passion and experience as a mother shows in the care she provides her patients, always smiling with love. She has been an essential part of the care team in our practice. 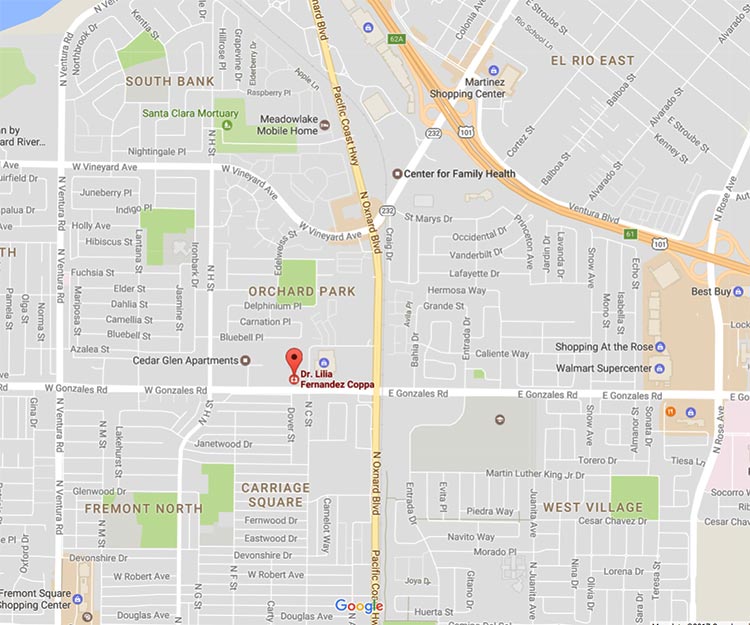 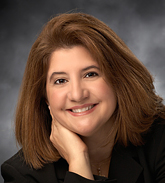 
If you think you may have an emergency, call 911 or go to your nearest emergency facility. 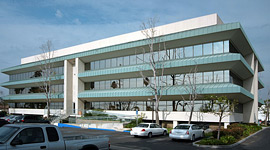